The most eye-opening experience that I had in South Africa was my visit to a local slum. A researcher named Yondela, who also lives in this informal settlement, showed a few friends and me around his home Enkanini. Enkanini was established in 2006 in Stellenbosch when underpriviledged people claimed this land and made it (illegaly) to their home.

As we walked through the mud we saw children playing in the dirt and annoying their mother while being on the toilet. Although the government set up a few toilets, most toilet locks were broken, which made it difficult for the mother (and other women) to have some privacy. Moreover, apart from the unhygienic reasons, these toilets are also a safety issue for women as they are often molested there. As we continued our walk we past by some small local shops and a waste collection site, which had one container and lots of trash all around it as well as in the nearby stream. Most people looked at us curious and greeted our guide Yondela. All the self-made shacks were constructed in a unique way, one even had a small garden with plants in tires and the shack’s wall was made out of earth filled tires for increased insulation. As we continued to the top of the hill we saw a promising sight – there were many solarpanels on top of the shacks! This was the main reason for our visit, we wanted to ask Yondela about how it is to live in an informal settlement and what possibilities there are to improve the livelihoods of these inhabitants. The solar panels represent a big improvement for Enkanini’s inhabitants as they provide enough electricity for a household to power a refridgerator, some lights and a mobile phone, which fosters education and access to opportunities via the Internet. The residents pay a installation fee for the solar home system and then a monthly fee of R150 for the use of the system. The iShack organisation is responsible for the operation and maintenance of the solar panels and has installed since 2007 over 700 solar home systems. There is a high demand as many of Enkanini’s 2,500 households are on the waiting list to obtain their own systems. The solar panels are a major improvement as Enkanini’s residents do not have access to electricity and often cap illegaly electricity lines, which causes fires in the settlement. 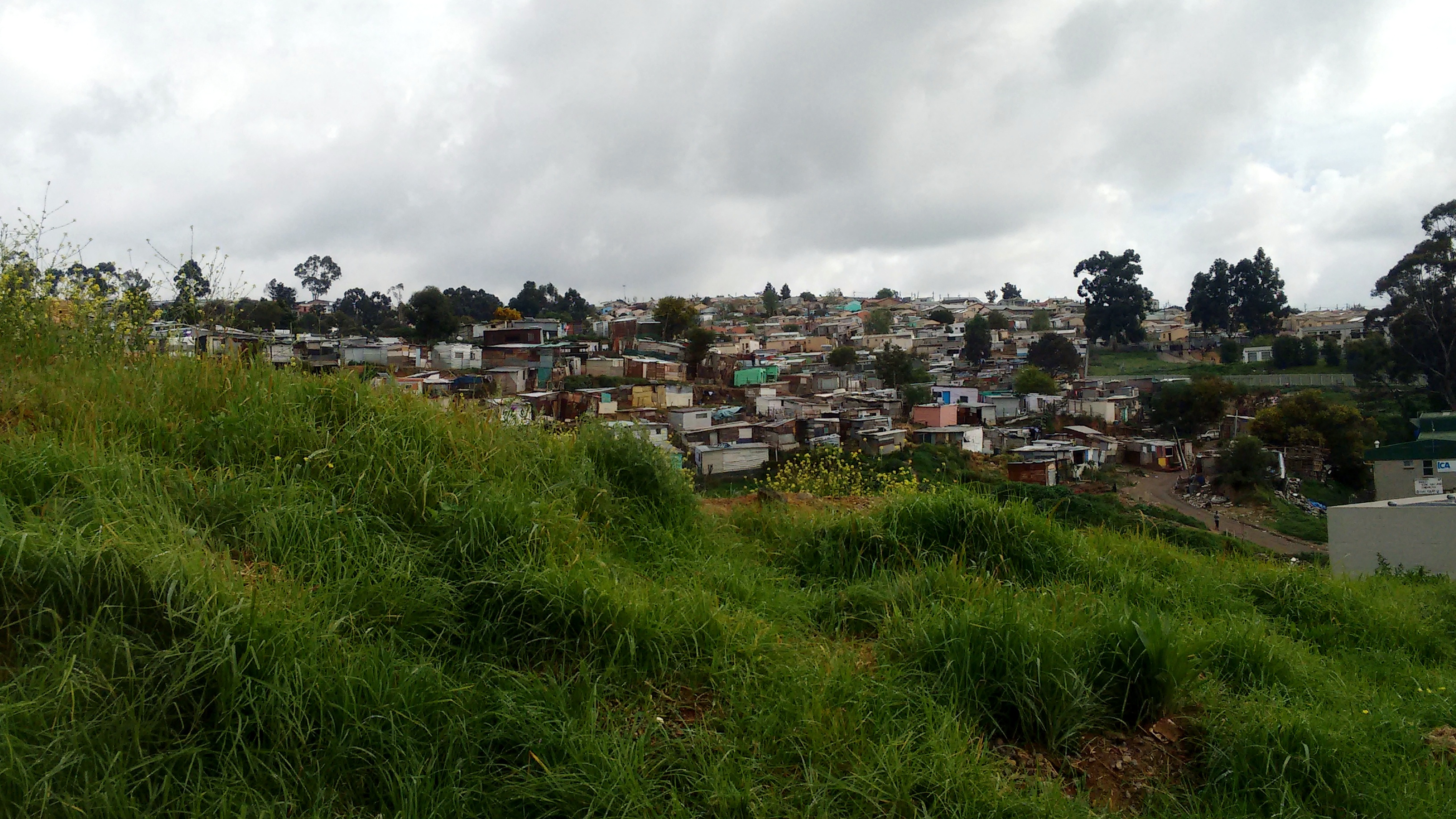 The iShack project improves the livelihoods of the local inhabitants as well as the sustainability of the informal settlement through various different measures. Besides the solar panels, the in 2010 established organisation shows the inhabitants how to construct their shacks in a more energy-efficient way through sustainable “demonstration” shacks that are built from leftover or recycled materials as well as an innovative layered wall construction for better cooling and insulation. Moreover, biogas digesters are installed in the bathrooms to turn human solid waste into biomethane for cooking. Furthermore, the iShack project tries to improve the rain water and grey water collection systems.

If you are interested in the iShack project, you can check out the following videos.

Local fruits and veggies in winter
Scroll to top