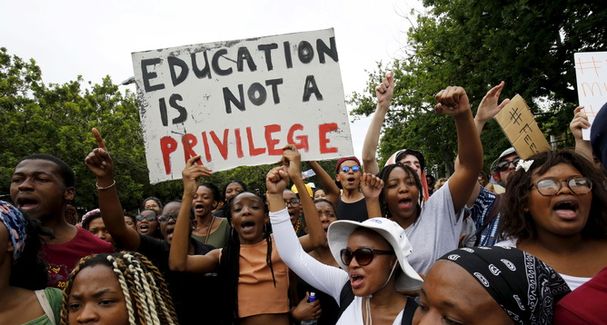 Having spent the last three months in South Africa, the main issues that made me experience a potential culture shock and a feeling of uncomfortability have been the ongoing effects of apartheid. Although apartheid ended in 1994, there is persistent inequality, poverty, racism and crime. The recent student protests of the “fees must fall” movement have made these racial issues in South Africa and particularly Stellenbosch more visible to me. The racial insults that various ‘white’ and ‘black’ students say about each other have shocked me. While I agree with the aim of the protests to make education more affordable, some aspects of this student movement are highly controversial. Especially the violence of some of the protesters made me question their approach. In many parts of this country, demonstrators have destroyed and burned university facilities. Furthermore, protestors occupied the library at Stellenbosch and other universities in the exam period and are thus hindering other students from studying. I still do not quite understand these measures, but I assume the aim is to demonstrate to the other students “If we can’t study, then you also can’t”. As a result the security staff on campus has been increased with very intimidating equipment and weapons. The following video shows the violence of the police when dealing with the protestors and explains the reasons for this student movement. 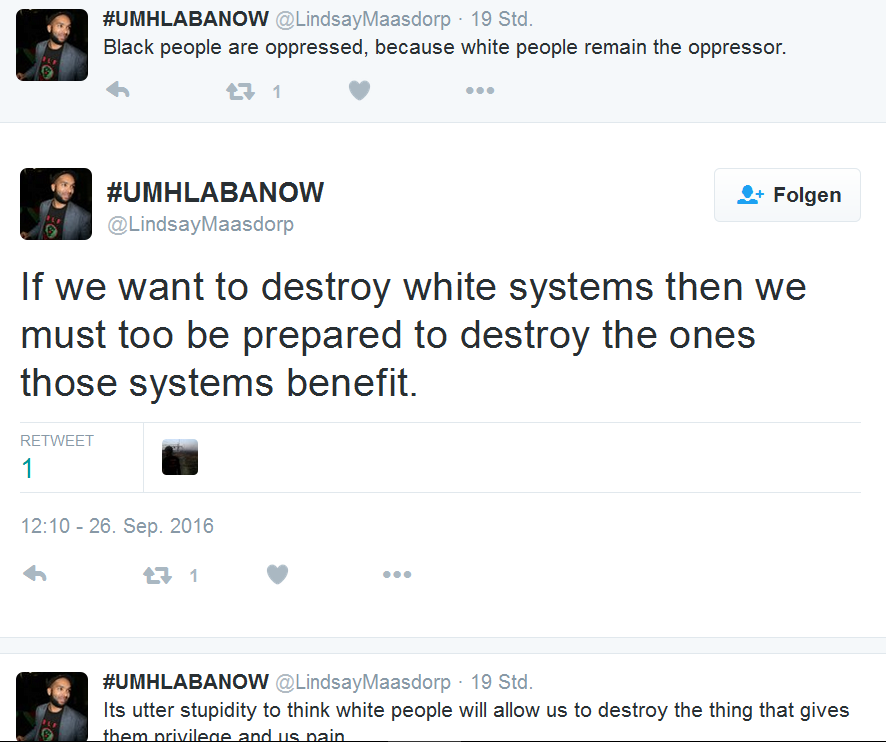 The amount of violence and racism that comes from both sides, police and protesters, black and white, is shocking to see. The fees must fall movement is about far more than tuition fees, it is about changing the ‘white’ system. Although I can understand the feeling of oppression and injustice of the black students, what some of the movement’s leaders have posted on social media is disturbing as they are even hinting at killing the white South Africans. This excerpt of a fees must fall leader’s Twitter account and Interview with a radical fees must fall protestor illustrate this point. Although the majority of protestors do not agree with this, a black African friend of mine told me “I do not want to kill the whites, but I’m ready for them to leave” as the ‘white system’ has caused severe problems in Africa and injustice.

The current protests are an outcome of South Africa’s major societal problems that result from colonialism, apartheid and an incompetent and corrupt national government. As not even primary education is free in South Africa, achieving free tertiary education currently seems like an unrealistic goal. However, the protests have raised awareness about the persistent inequalities in South Africa and have the potential to make the education system more inclusive. Yet, this noble aim can only be achieved by creating a mutual understanding for both sides of the discussion and facilitating a peaceful and fruitful dialogue between South Africa’s black and white population.

My encounter with South Africa

Life in a township
Scroll to top